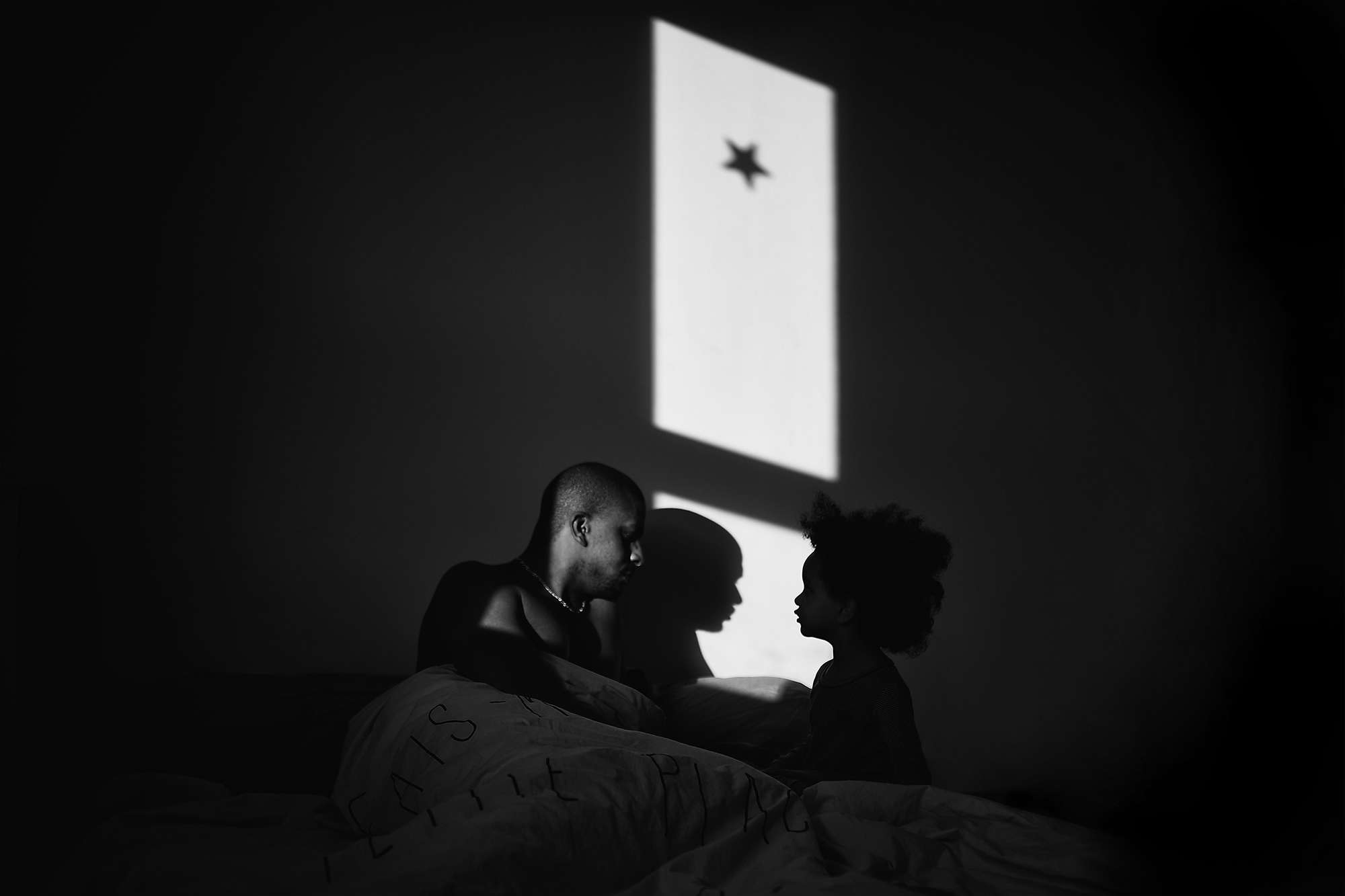 Behind the Photo with Virginie Bouyer

This image was taken during the first confinement in France during the pandemic, I took pictures almost every day to work my eye which was looking for light. I wanted to take pictures of them both in bed and do something with that light on the wall drawn by the window and for a second I saw my daughter poke her head in that shadow area. I found it strong, it meant more than if I had seen him as much as his father, it would have been just a nice family photo. Now, it took a lot more force.

The light, the star hanging above them, their relationship. This play of shadow and light.

What was your experience while making this photo?

When I pressed the button, I knew something was going on. That everything was reunited, the story, the light, a connection between her and him, amplified by the star and the effect of the light as an exclamation mark.  My daughter in the shadows forming a silhouette.  All this gives meaning to miscegenation.  Mixed people do not necessarily find their place in society, like blacks.  He is black, I am white.  She is mixed.  And instead of saying what is she “?”, that said she is “!”.

What does this photo mean to you or to others?

It represents transmission, descent, it has something symbolic.

How or why is photography important to you?

Photography has always been part of my life, since my childhood I take photos. It has always been my means of expression. The photo allows to bring out the beautiful in everything, the truth, the emotion. A photo is a break in our lives that we want to steal and be able to look at over and over again. These are moments that do not leave us indifferent. Proof of our existence. Maybe she shows what I can’t say with words, and she expresses herself better than me through my eye.