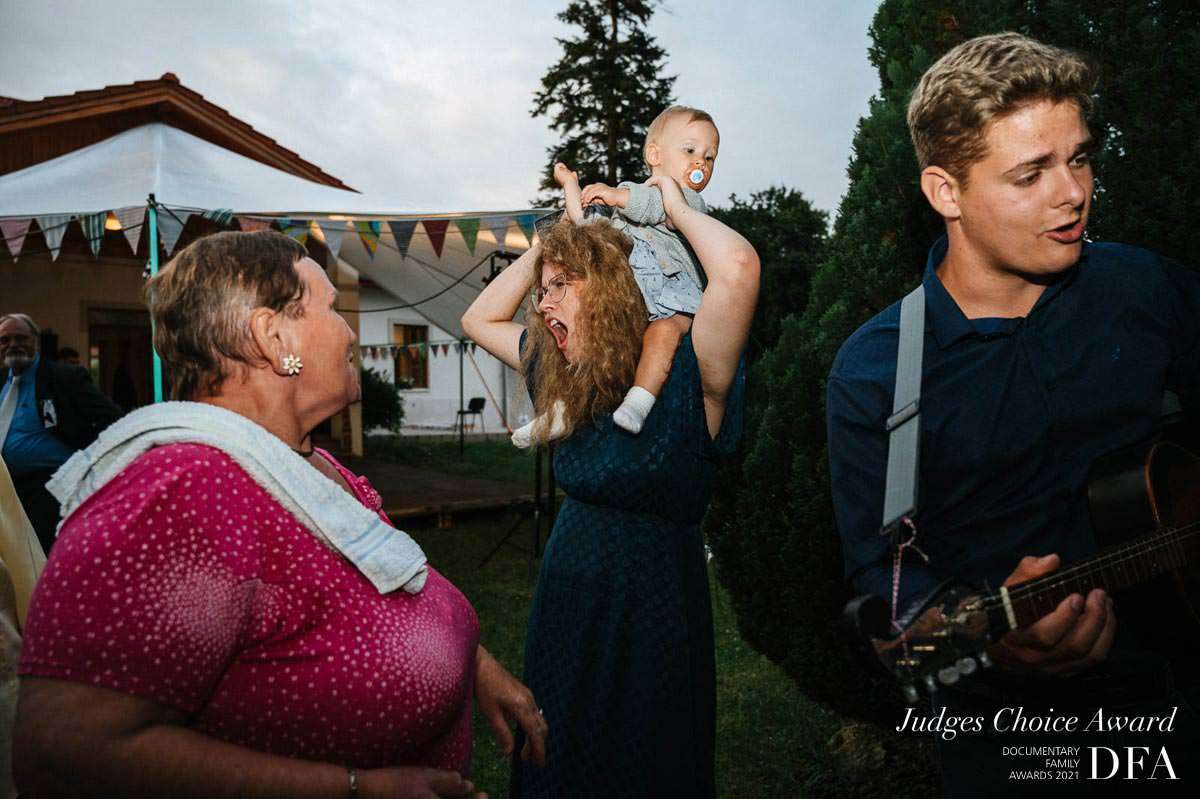 We are proud to share with you the Judges Choice Awards from our 9th international competition celebrating the very best in documentary family photography.

My most extensive body of work is “Julian & Jonathan: a series portraying the relationship between my father and my twenty-one-years younger half brother Jonathan. Since 2005 I have been photographing Jonathan alone or together with our father Julian. I am interested in the triangular relationship between the three of us. The memories from my childhood of the relationship with my father, are now in a way mirrored in Jonathan. By photographing him I try to approach our unusual sibling-relationship which I am part of at a physical distance. This work is very much about me, and this part of my family, as well as the relationship between a relatively older father and his son. The relationship between Julian and Jonathan used to be very close; they seemed to share a world which I was not entirely part of. Jonathan is nineteen years old now and is going through a very difficult time since his mother passed away last year. He shows even less of himself then he did before and seems to detach himself from everything and everyone, even from Julian.

“NOMADELFIA – a family of families”

Its name derives from the Greek terms nomos and adelphia, meaning: “Where brotherhood is law”. Nomadelfia is a communitarian population rather than a community, situated near the town of Grosseto in Tuscany (Italy). It is a small population with its own Constitution based on the Gospel. Founded in 1948 in the former concentration camp of Fossoli by Don Zeno Saltini, its purpose: to give a father and a mother to abandoned children. Words such as: Ties, intimacy, relationships, new worlds, seem to fit perfectly in this particular Italian reality that can be defined as a true and long-lived contemporary utopia. A place where human relationships, both private and collective, merge and become the main pillar of this model. Nomadelfia has its own history, its own culture, its own law, its own vocabulary, its own lifestyle and its own tradition. It’s a population with all its own components: men, women, priests, families and children. In the eyes of the State, it’s a civil association organised in the form of a working cooperative; in the eyes of the Church, it’s a parish and a private association of the faithful. In Nomadelfia, all possessions are shared. The economic resources come from work, from welfare contributions for the children in care, and from providence, largely through the apostolate activities: publishing, evening shows and meetings. In the spirit of evangelical advice, the population of Nomadelfia leads a life characterised by “sobriety”, i.e. on the basis of true human needs. In Nomadelfia, there is no circulation of money. There are no shops but just stockrooms. Foodstuffs are distributed to the family groups in proportion to the number of people and on the basis of the needs of the individuals. Even for clothing, the Nomadelphians use the stockroom, within the limits of their real needs.

“Home Is Where The Garden Grows”

I remember my mom playing Für Elise on the basement piano. I remember tater tot hotdish and monthly 4-H meetings. I remember my grandmother’s mud-brown trailer, my uncle’s big dogs, and our horses thundering through slanted afternoon sun…This was my childhood and as I watch my niece and nephew, I begin to see their narrative, an iteration of the same, yet vastly different story. Since losing their father to suicide, these photos have become an insightful portrait in the reckoning of loss, hope, and the nostalgia that reveals itself when we lose our youth to unpredictable events within the natural progressions of life. This ongoing, ever-evolving series of my family is becoming my way to grasp irreversible events, accept the notion of time, and attempt to understand life through the beauty and death that is inherently part of every living being.